This page is continually under construction to highlight my Arizona gifting efforts.

I moved to Arizona with one ultimate goal in mind; to prove that deserts are not natural and drought is artificially created. If that notion boggles your mind, please read Contact with Space by Wilhelm Reich. Deserts and drought are created by an outside force from nature, and in our case with Earth, they are created through the external force of a parasitic entity, including geoengineering activities by governments and the military, occult and esoteric frequency witchcraft, and energy and consciousness manipulation, all wrapped up into one evil agenda.

I've traveled around Arizona quite a bit since moving here in November 2018, distributing Orgone devices and slowly restoring the natural weather. Unfortunately, we (like everyone on Planet Earth) took a massive hit in 2020, when the Wuhan Wiggle was introduced to the collective mindset of humanity in tandem with the official launch and push of the 5G agenda. Because of this, along with a sudden disappearance of our monsoon season (and disappearance of common sense and the immune system), I felt the need to kick it up a notch with my towerbusting efforts. The parasites have ramped-up their agenda to push and convince humanity that global warming is real (it's not), and climate change is somehow our fault (it's not). If you stop to really think about it, this agenda is all about control on every level, and I refuse to sit by and watch the agenda proceed when there is an obvious solution. By mid-2020, I'd had enough watching the Greta Brigade and governments push their carbon tax nonsense and a Green New Deal that is anything but green; and an agenda that simply enslaves humanity further into a trap.

Tired of the nonsense of early 2020, I immediately ramped-up my own efforts, which began with creating and gifting chembusters to as many places around Arizona as I could afford to distribute. Some of these were my induction models, a few were Don Croft models (the mother of CBs), and the bulk of them were a variation that allowed me to stretch my budget; single shooter cannons, which developed from a pet project I worked on with an Orgone worker in Wisconsin. Instead of six smaller pipes, the device utilizes a solid giant pipe in the center.

Distributing this many CBs in a rapid time span resulted in me receiving some push-back; a sign that indicated what I was doing was right. This project involved leveraging every resource I had, every connection I could make with other humans, and very rapidly, I found a number of individuals around Arizona who were willing to accept these gifts and provide my chembusters with a safe home where they could help clean the atmosphere and work in tandem with all of the towerbusters, earth pipes, and pyramids we've gifted and distributed over the last few years. 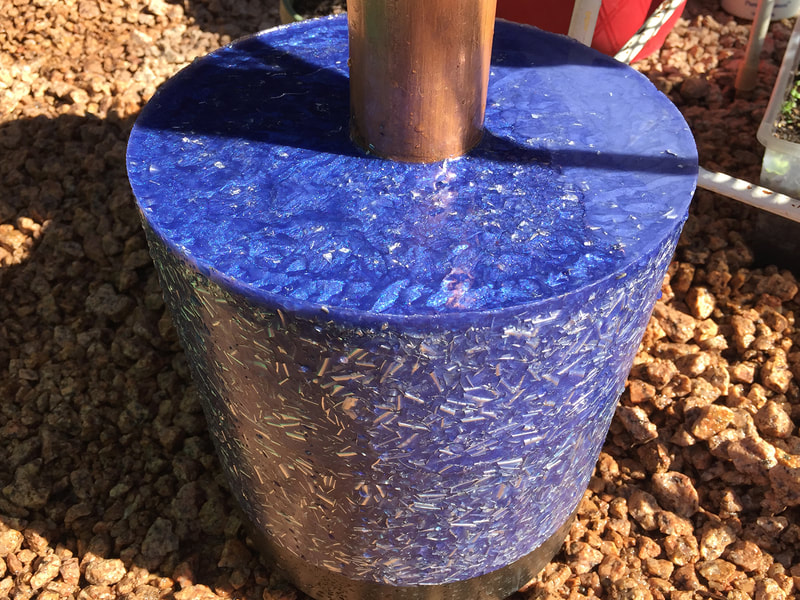 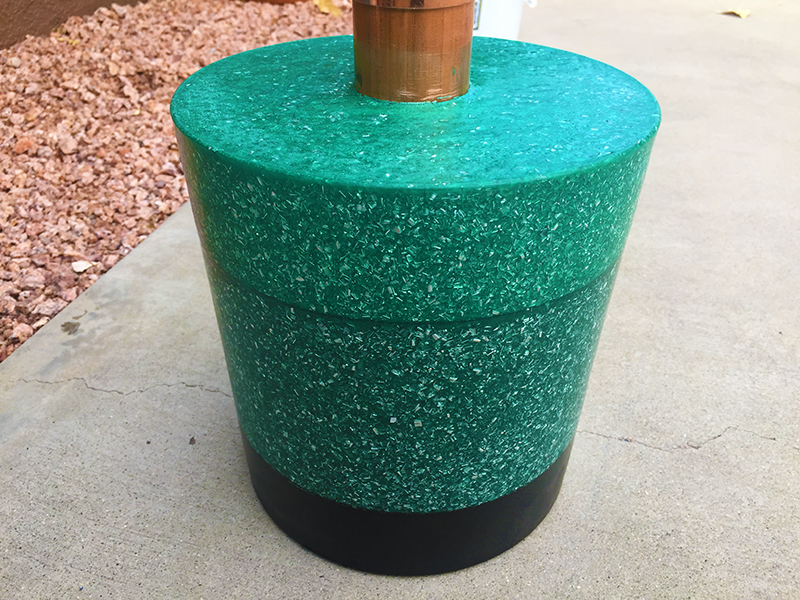 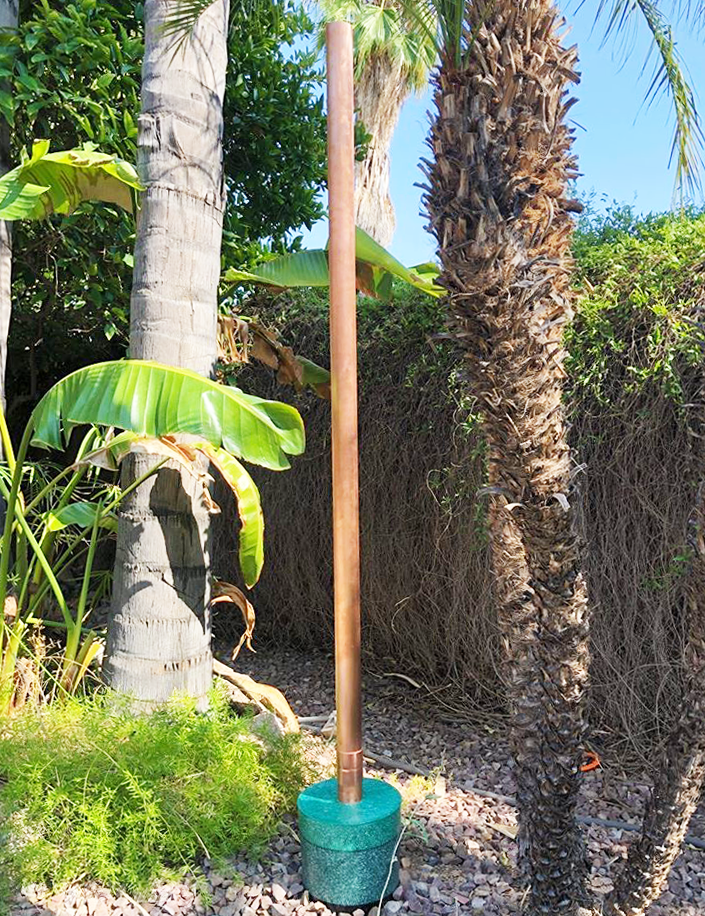 Camp Verde was one of my favorite places to gift a towerbuster. Why? Because it's a haven for Native America reservations and farmland, so it's a major target for parasites who want to destroy it's natural energy. It's also the location of a casino and military presence (two massive energy generators and manipulators). Within a few minutes of planting our chembuster, the rain "came 'a pouring." Good times! 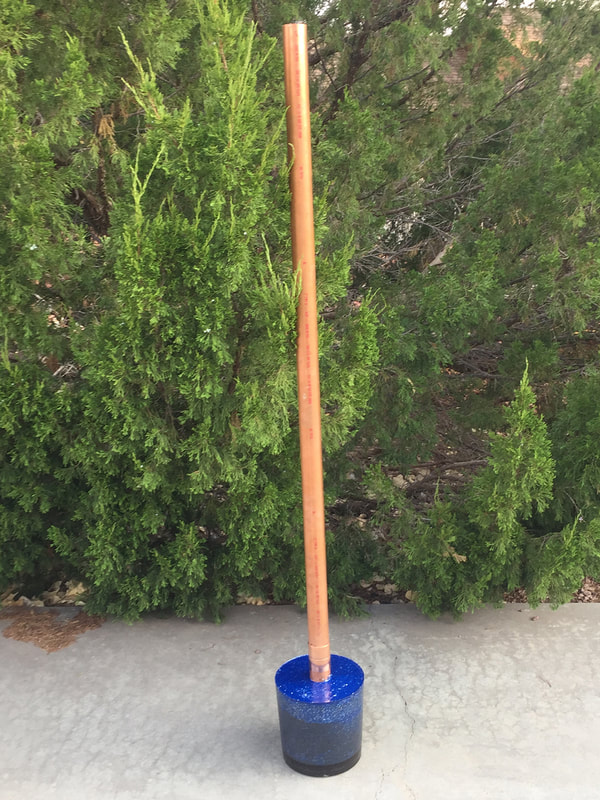 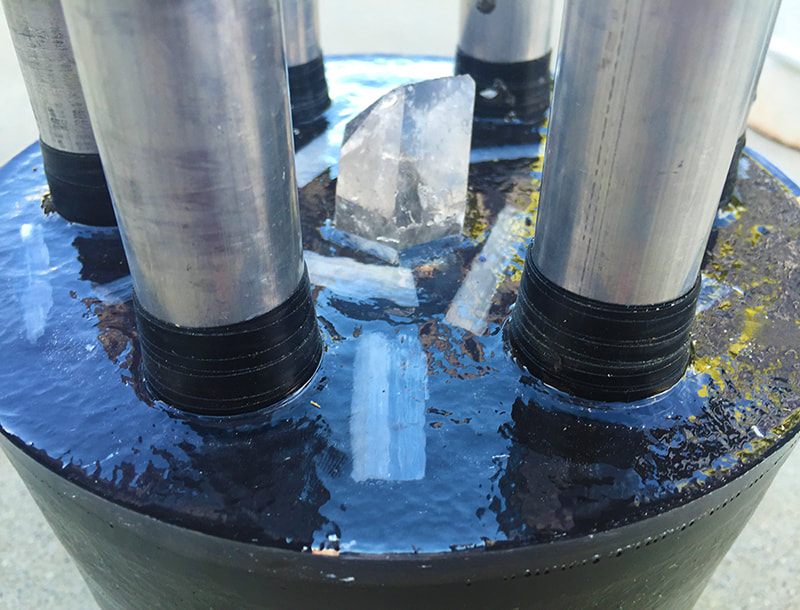 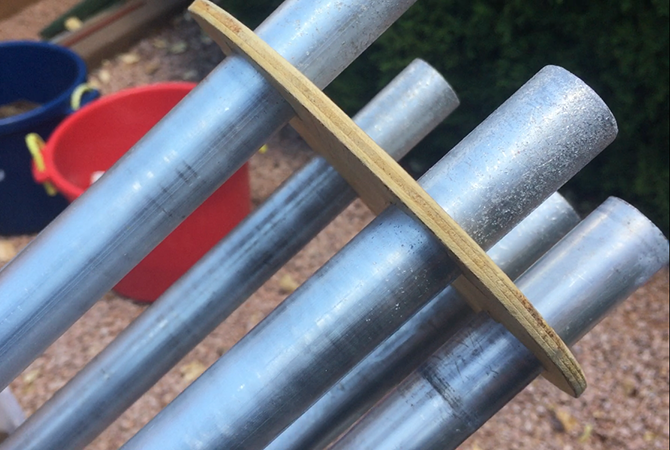 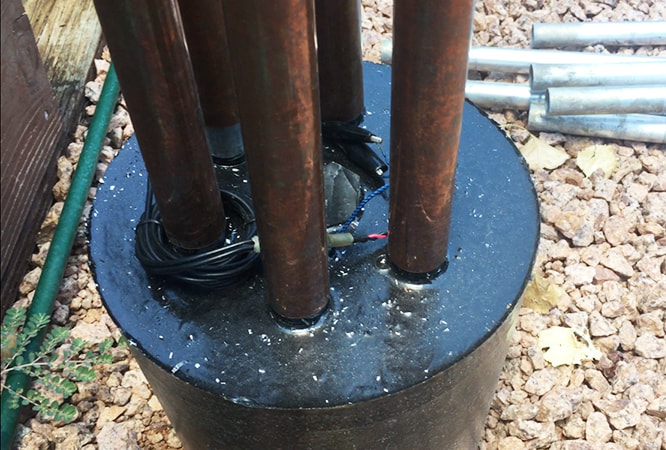 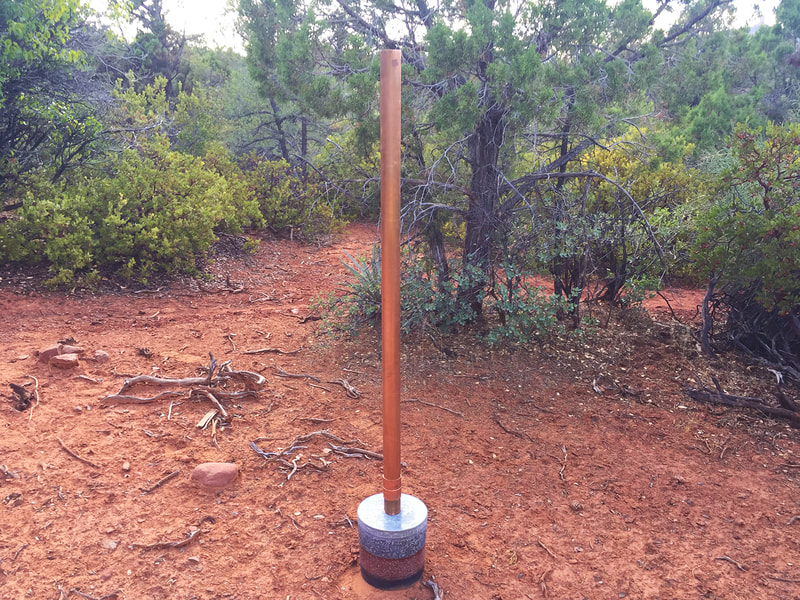 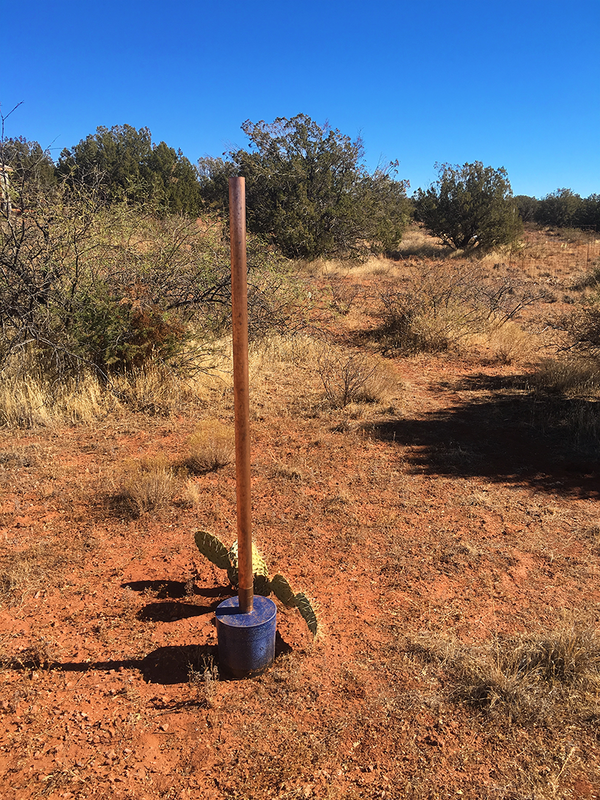 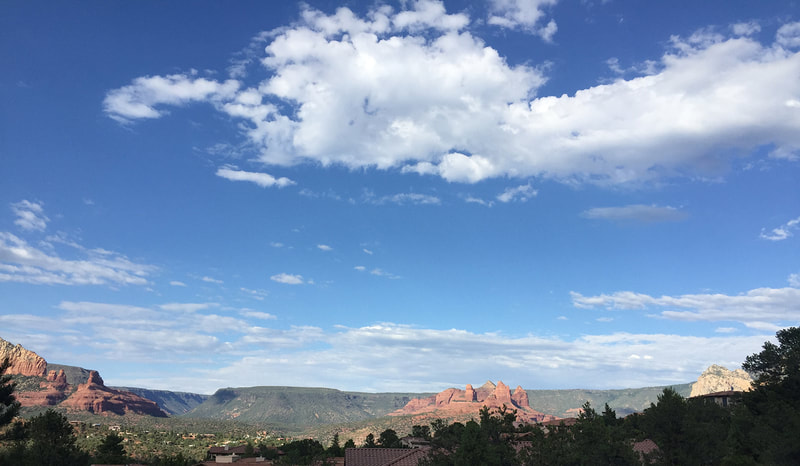 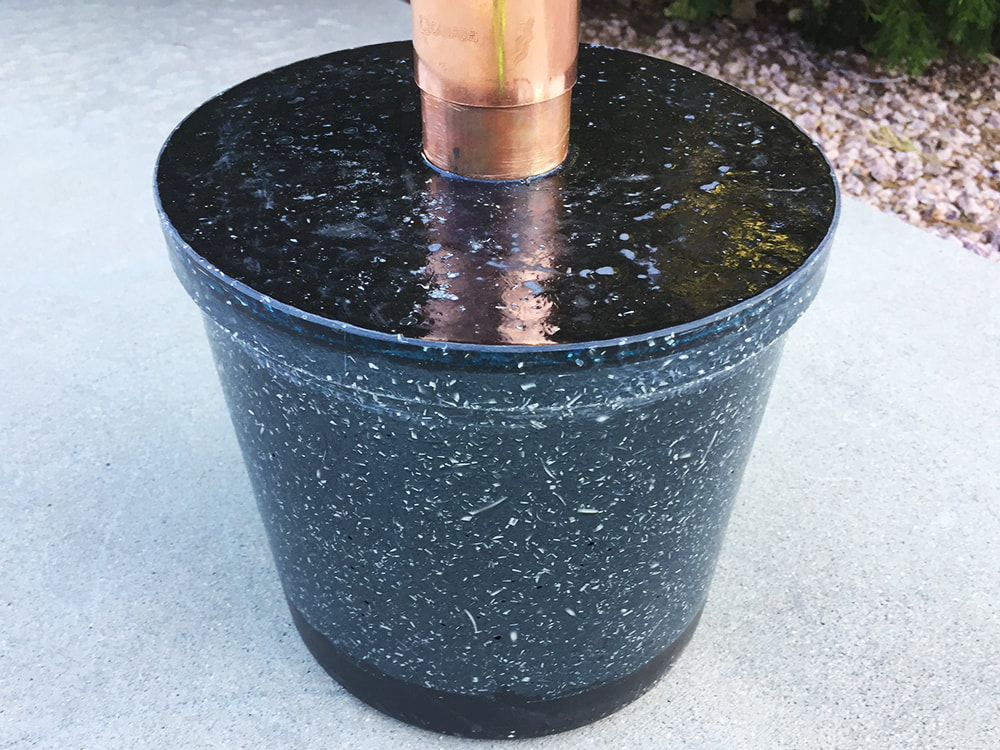 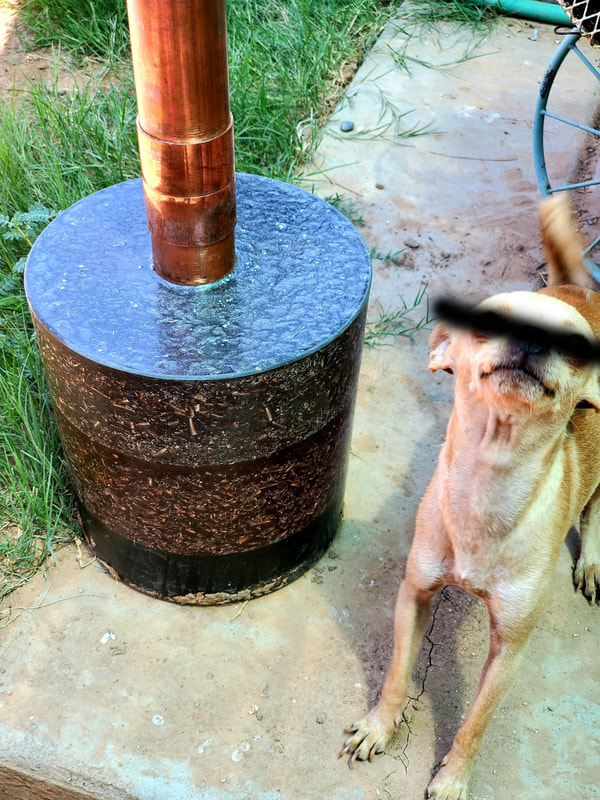 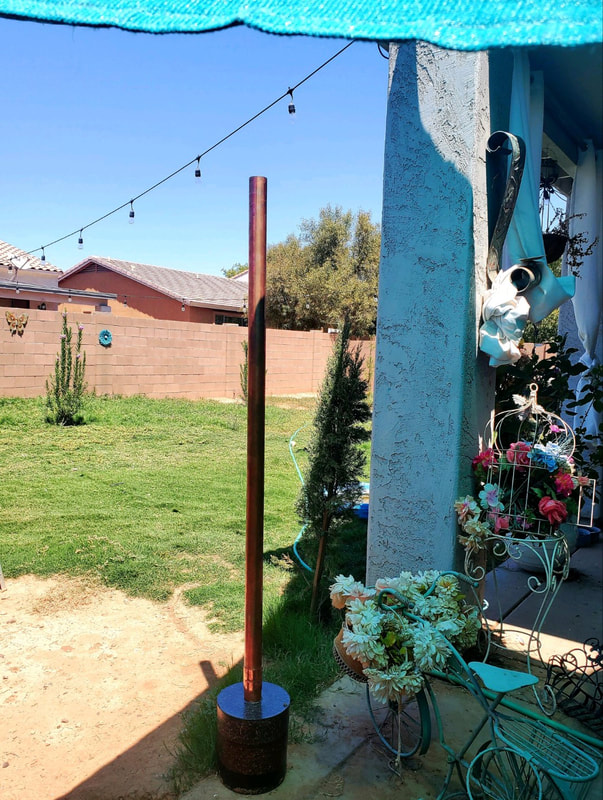 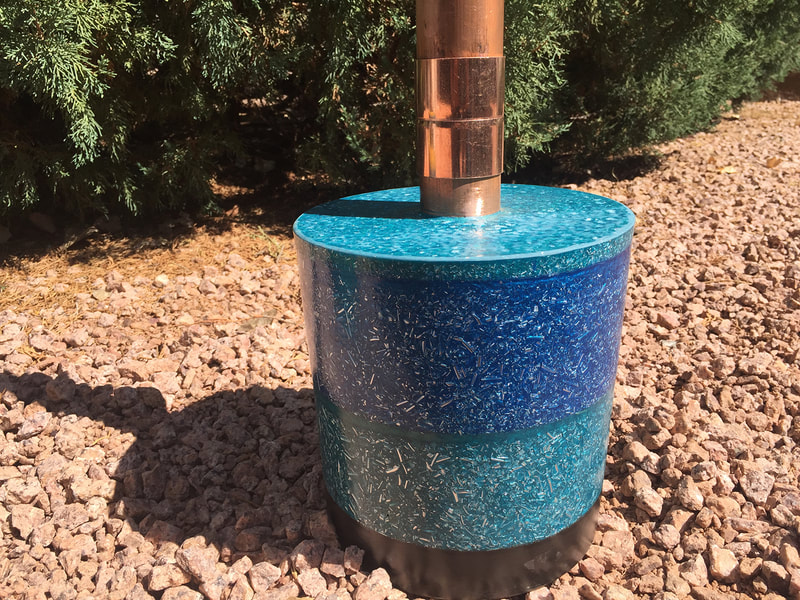 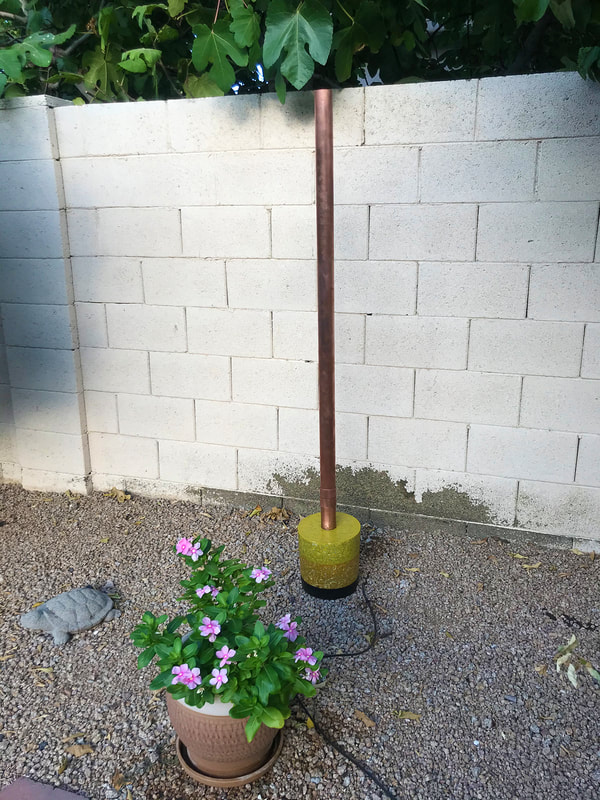 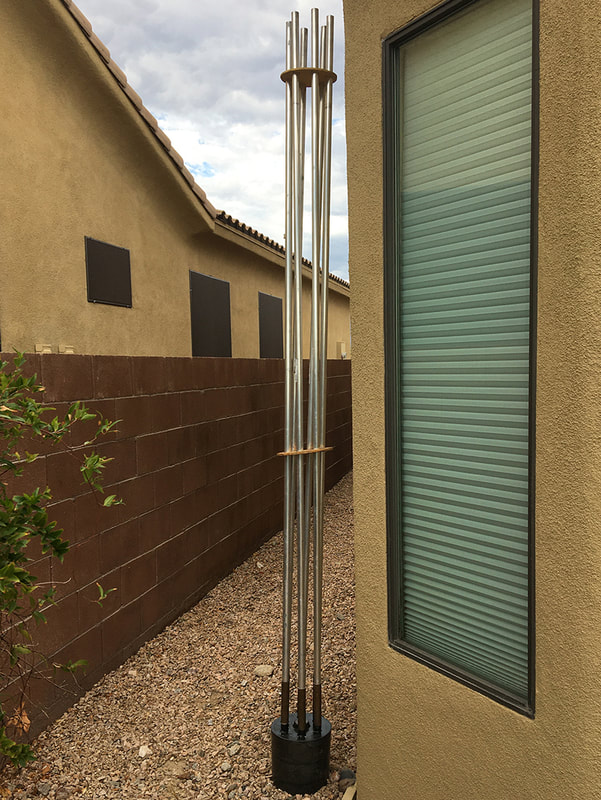 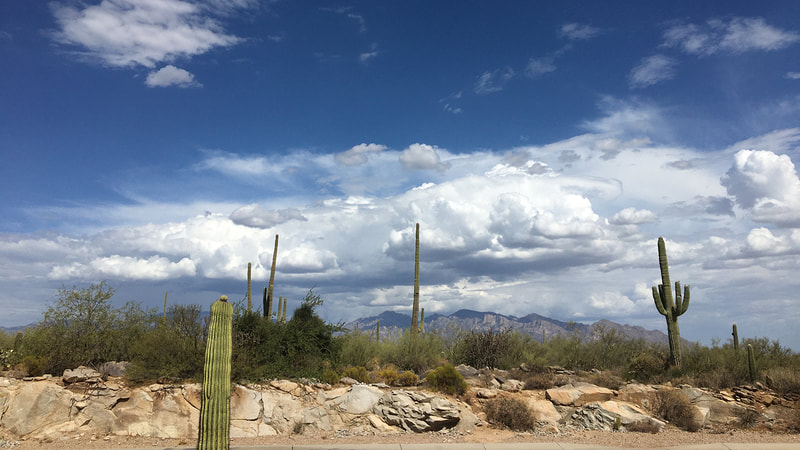 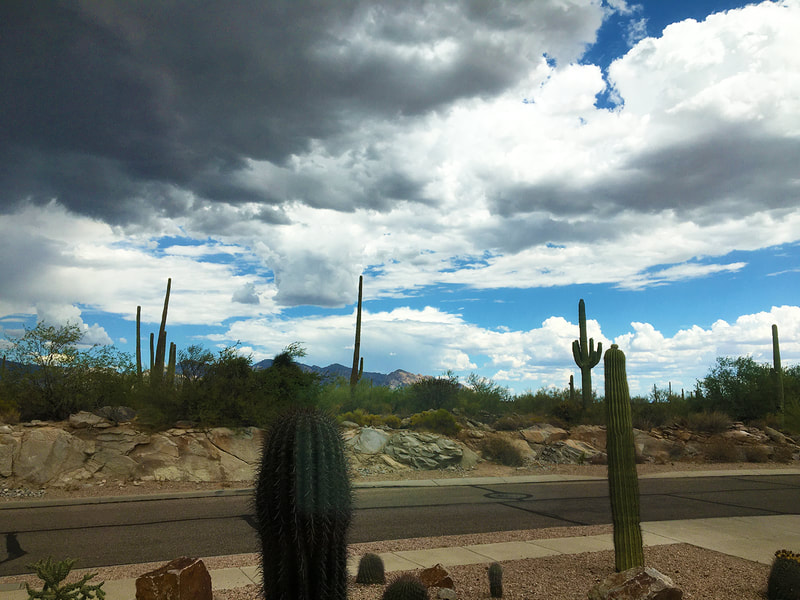 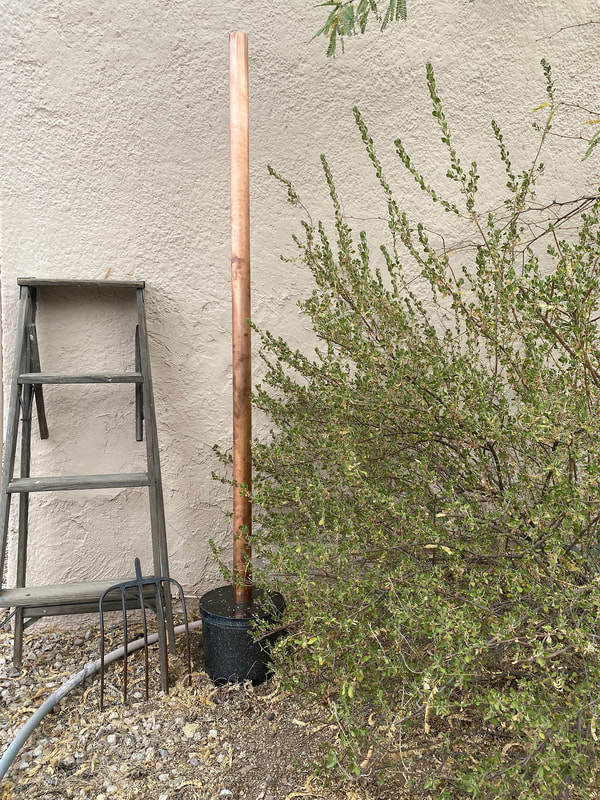 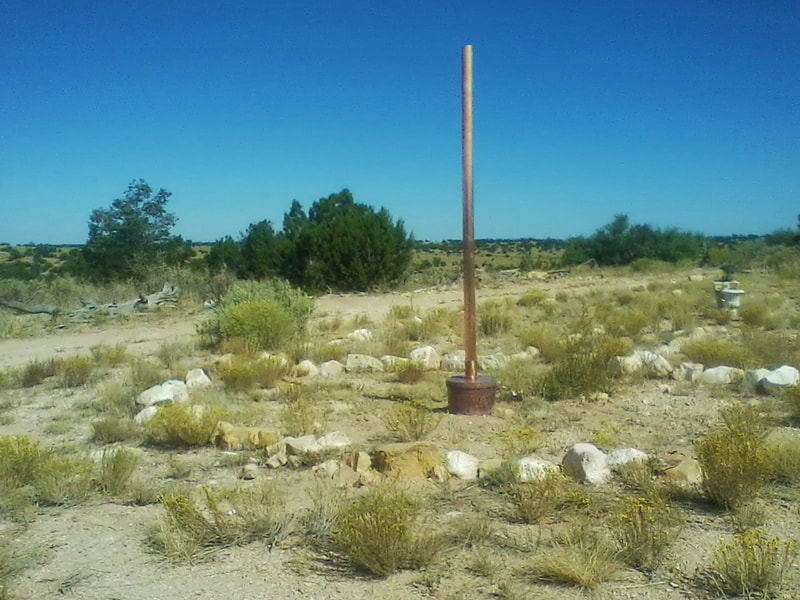 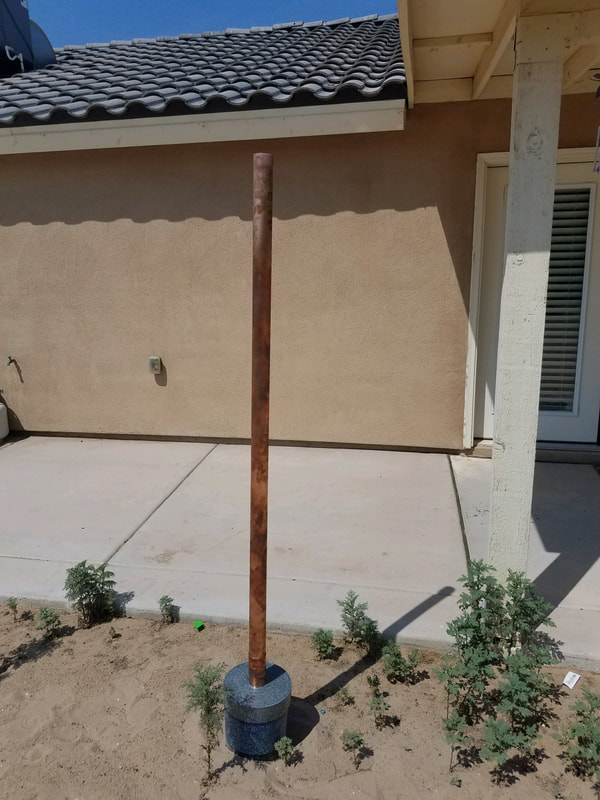 For the last four years, combating the geoengineering agenda on a large scale has taken an endless amount of energy, time, and money. It's a lot of work to produce thousands of towerbusters and earth pipes (and now chembusters) which have been strategically deployed and gifted around endless numbers of cell towers, power plants, and pretty much every EMF/HAARP weapon I've encountered since the first day I discovered the term Orgone. In particular, Arizona is a much greater obstacle than the cities, prairies, and farmland of Illinois and Nebraska (where this all began for me). Who would have thought burying things in solid rock and desert or climbing mountains to reach tower arrays would be such a chore...

The process of gifting on this scale also includes a substantial amount of prep work and discipline. This includes researching locations prior to gifting and preparing the travel necessities to get there safely. With the help of one counterpart who remains anonymous to most, we investigate tower placement and energy hubs, and analyze any potential obstacles or hurdles that may arise during the gifting process. Simply put, orgone energy gifting is not for the faint of heart; which is why it's also one of the most rewarding activities in the world. As the time, money, and labor commitments associated with gifting continue to increase, and the push for geoengineering activities and 5G nonsense continues to exist, it's become quite a bit much for one person to sustain on a modest income. Even the sales from my shop get invested right back into gifting, not profit, along with funding I use from my "matrix job" income.

So with that said, I've created an outlet to hopefully garner financial support from external resources. My ultimate goal is to saturate the land with orgone energy tools, and make it impossible for the parasites to successfully geoengineer the desert or manufacture drought by suppressing the rain cycle.
How You Can Help!
If you find any of the material on my website beneficial, please consider making a donation toward my mission of restoring nature as nature intended. I came to Arizona to continue in the steps of Wilhelm Reich, who came here to use his cloudbuster technology, proving deserts are caused by external forces, not simply nature. Earth is a living being. No living being simply kills itself without the influence of something else. You can make a donation via PayPal, or if you prefer an alternate method just email me at mitch@theorgonedonor.com and let me know. If you have access to the building resources necessary for these devices, I also have a wish list that I'd be happy to share if you'd like to support me in that way as well.

On behalf of Mother Nature and myself, thank you for your support!

Cheers,
Mitch
Donate Via PayPal
And Of Course I Made a Special CB for Myself

This currently resides outside my home in Sedona, with three other Chembusters (Don Croft models). This chembuster device includes six (6) mobius coiled quartz points inside a three gallon bucket base (the mobius wrapped quartz are commonly known as succor punches); one five foot pole filled with several terminated quartz points (and the entire pole is wrapped with several mobius coils (aka succor punches) which I learned through trial and error that it affects each quartz point inside the pole, just as if the crystals were wrapped by the wire directly; and then I included four pyramids, with three connected to the base, one on the top of the pole, and each of them also includes a mobius wrapped quartz point inside (again this is known as a succor punch). Basically, it's several pulsed succor punch devices embedded within a massive chembuster.