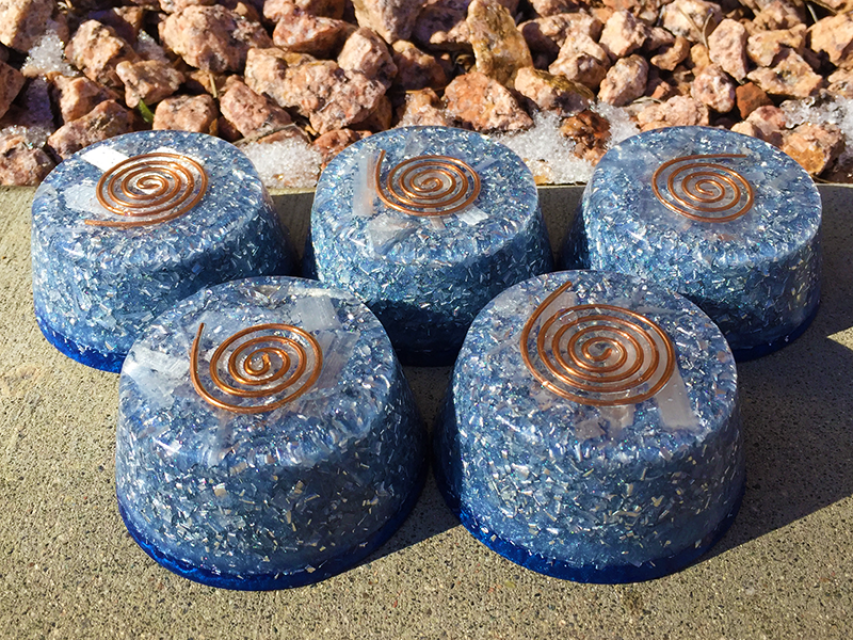 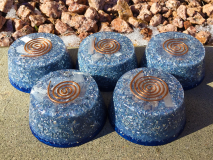 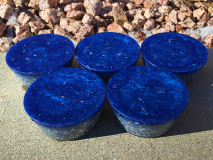 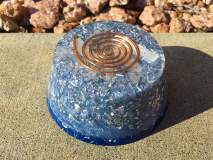 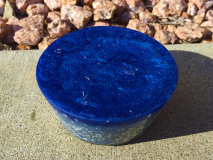 These frosty blue busters are a representation of my ongoing initiative to gift the planet with healthy Orgone energy; but more importantly, raise awareness to the Grand Solar Minimum and natural cooling of Planet Earth. In 2018 it was announced that some very sick individuals openly admitted to geoengineering and chemtrail activity, saying that the "conspiracy theory" that never existed now all of a sudden is mankind's last hope to stop global warming. Lies.

The earth is cooling, thanks to orgone energy shutting down the manufactured global warming hoax and the negative frequency weapons plaguing earth. Additionally, a significant part of that cooling result is due to the Grand Solar Minimum, a period of time in which the planet will cool due to less solar activity, a decrease in sun spots and solar flares, among other things. It's happened before and is a part of our Sun's natural cycle. These TBs act as regular Orgone devices, but with an icy chic flare and a message that some of us are smart enough to know the parasites will use the already-cooling planetary temperatures to try and justify that chemtrails and geoengineering actually work when nature has already taken care of it. Anything to try and convince humanity to willingly be sprayed because too many of us have woken up to their consciousness-suppressing efforts.

These towerbusters are perfect for gifting to family and friends, and absolute aces for gifting the home. Each TB is a standard muffin pan size, top diameter is 2.5 inches, bottom diameter is 2 inches, height is 1.2 inches.

These orgone towerbusters are made from a high quality clear casting resin and aluminum shavings, with crushed quartz and selenite, and a copper coil viewable on the top, with a blend of mica pigment powders, and quartz and selenite dust added to the base. The TBs are three layers; clear, frosted blue, and deep ocean blue.